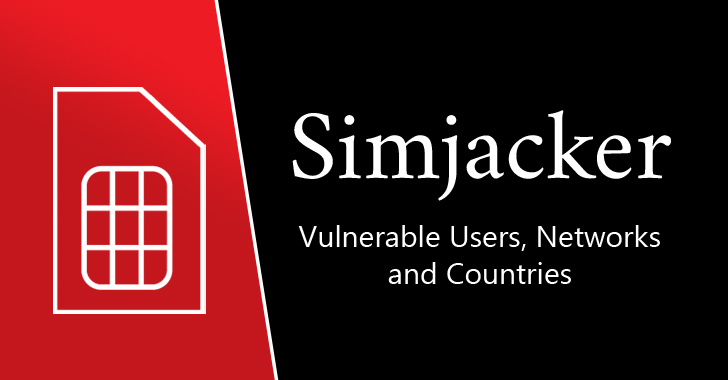 Until now, I’m sure you all might have heard of the SimJacker vulnerability disclosed exactly a month ago that affects a wide range of SIM cards and can remotely be exploited to hack into any mobile phone just by sending a specially crafted binary SMS.

If you are unaware, the name “SimJacker” has been given to a class of vulnerabilities that resides due to a lack of authentication and proprietary security mechanisms implemented by dynamic SIM toolkits that come embedded in modern SIM cards.

Out of many, two such widely used SIM toolkits — [email protected] Browser technology and Wireless Internet Browser (WIB) — have yet been found vulnerable to SimJacker attacks, details of which we have provided in our previous articles published last month.

At that time, a few experts in the telecom industry confirmed The Hacker News that the SimJacker related weaknesses were internally known to many for years, and even researchers also revealed that an unnamed surveillance company has been exploiting the flaw in the wild to spy on its targets.

Cybersecurity researchers at Adaptive Mobile Security have now released a new report, revealing more details about the SimJacker attacks and trying to address some important unanswered questions, like the number of affected operators and countries, along with details on attacks spotted in the wild.

Though the researchers did not name the affected mobile operators to prevent attackers from taking advantage of the disclosed vulnerability, they did reveal the names of countries where the vulnerable SIMs are still in use. 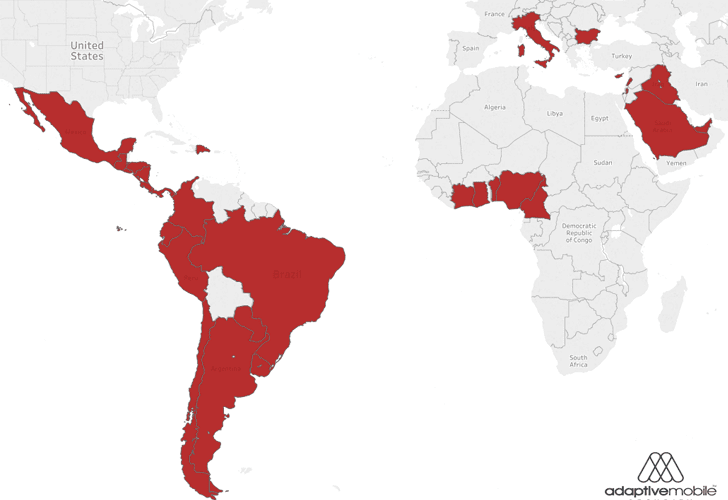 According to the report, the list includes 29 affected countries across five continents, where customers of a total of 61 mobile operators are actively using vulnerable SIMs with [email protected] Browser toolkit:

“The most probable, conservative estimate is that mid to high hundreds of millions of SIM Cards globally are affected,” the researchers said. 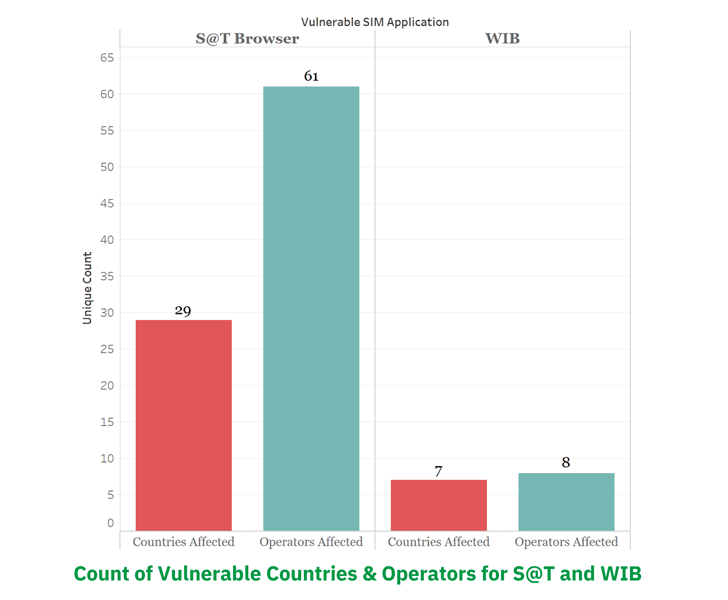 On the other hand, there are only 8 mobile operators in 7 countries who are actively using the vulnerable WIB toolkit on their SIM Cards. These countries are spread across Eastern Europe, Central America, Asia, and West Africa.

2- SimJacker Attacks in the Wild

According to the researchers, an unnamed surveillance company—active from at least 2015 and known for targeting users from multiple countries over the SS7 network—has been exploiting the SimJacker vulnerability to gather intelligence on its targets.

It all started when researchers detected unusual and suspicious SMS events in the last quarter of 2018, and when actively monitored, they recorded nearly 25,000 Simjacker messages attempted to be sent to 1500 unique mobile devices in a period of 30 days.

The primary targets were Mexican mobile users, while a small number of attacks were also observed against mobile phone subscribers from Colombia and Peru, with an aim to obtain both location Information and unique IMEI identifiers.

“We believe that prior to the discovery, they would have successfully tracked the location of many thousands of mobile subscribers over months and probably years,” the researchers said.

“We also observed the attacker experiment over time with new potential forms of attack using the vulnerability. The number, scale, and sophistication of modifications of the attack are significantly beyond what we have witnessed from any attacker over mobile networks.” 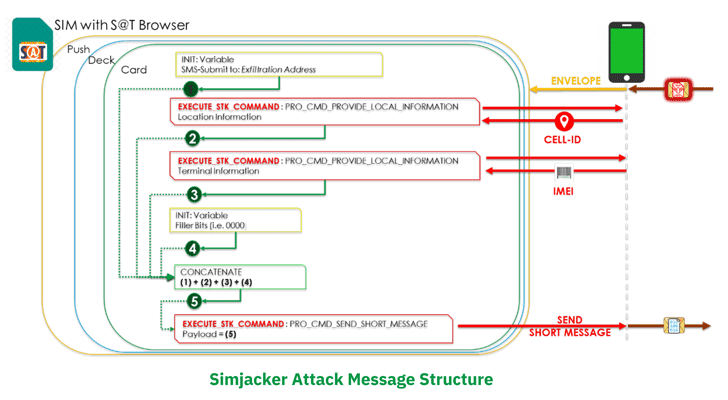 Researchers observed over 860 Simjacker attack sub-variants in the actual SMS Packet that were sent from at least 70 attacker-controlled mobile numbers.

Besides this, researchers also observed that the attackers were attempting to use dedicated SS7 attacks against some users in case SimJacker attacks failed.

3. How to Prevent Yourself from SimJacker Attacks

Unfortunately, there is no simple way for mobile subscribers to know whether a vulnerable SIM browser toolkit is deployed on their SIM card or not.

Though there are apps available, like SnoopSnitch, that you can download from Google Play Store to detect attacks based on suspicious binary SMS, it requires your Android device to be rooted and even knowing that won’t help you much.

That’s because, as a potential victim, there’s very little you can do to protect yourself, except wait for your mobile operator to implement security measures or simply migrate your phone number to a different safe network, if available, which will provide you with a new SIM card.

Meanwhile, GSM Association (GSMA), a trade body that represents the interests of mobile operators worldwide, has provided some of the best ways to prevent and block these attacks to protect billions of mobile phone users worldwide.

In addition, the SIMalliance has also made some updates to its [email protected] browser specifications to improve the security of the SIM toolkits, and provided recommendations for SIM card manufacturers to implement security for [email protected] push messages.